Tim Costello – Online gambling and its impact on everyday Australians

Tim Costello – Online gambling and its impact on everyday Australians 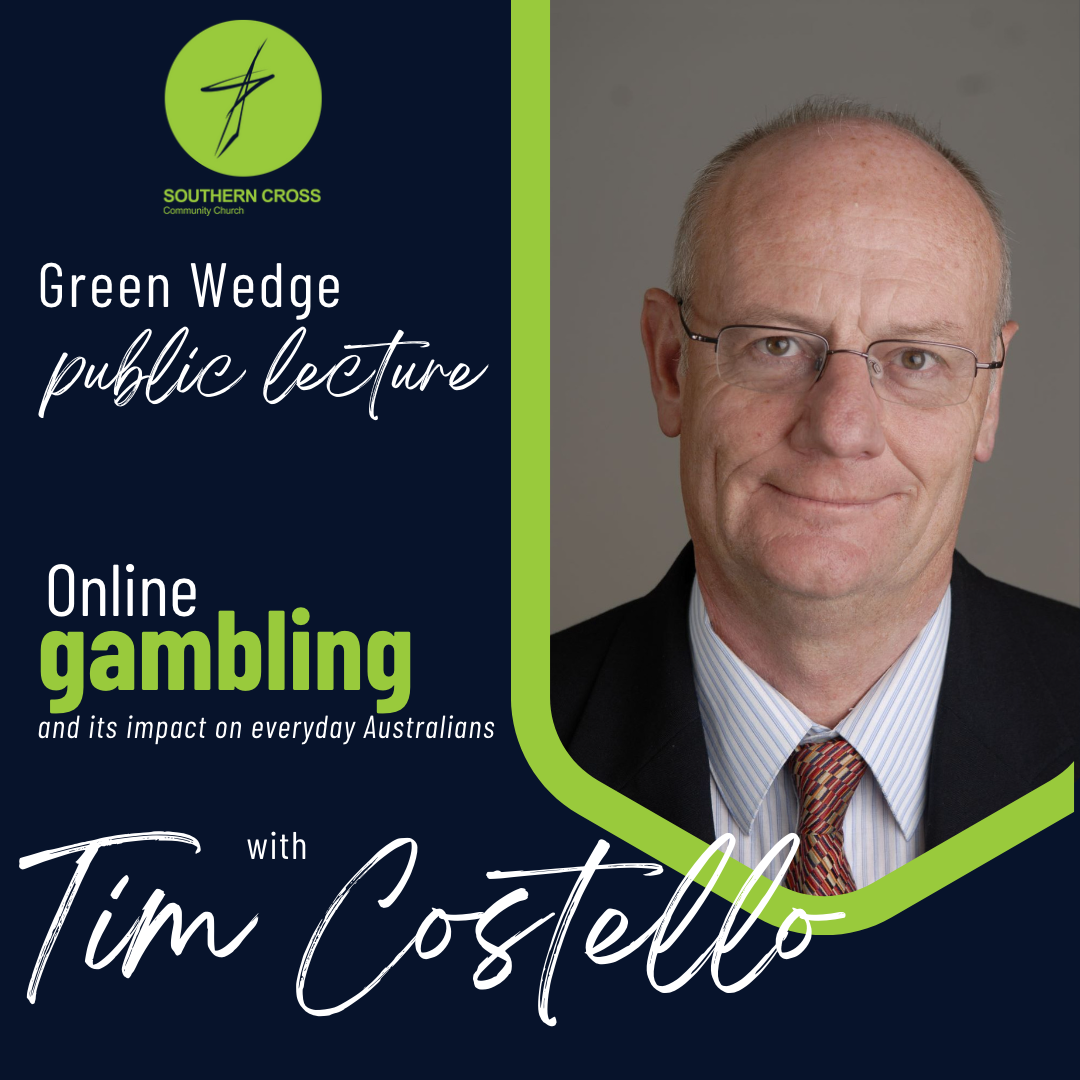 The topic is “Online gambling and its impact on everyday Australians” by the Rev Tim Costello.

Rev Tim Costello is one of Australia’s most respected community leaders and a sought-after voice on social justice issues, leadership and ethics.

For 13 years until October 2016, Tim was Chief Executive of World Vision Australia (WVA).

Other positions Tim currently holds are Senior Advisor for the Centre for Public Christianity, Chair of the Community Council of Australia; Chief Advocate of the Thriving Communities Partnership. In 2021 he was appointed by Monash University as Chair of the Peninsula Campus Community Advisory Committee.

Tim is a spokesperson for the Alliance for Gambling Reform, which campaigns for law reform to prevent harm from poker machine gambling.

In earlier roles Tim was National President of the Baptist Union of Australia and Mayor of St Kilda. He has been Baptist Minister at St Kilda Baptist and Collins Street Baptist in Melbourne, as well as Executive Director of Urban Seed.

Initially, Tim studied law and education at Monash University, followed by theology at the International Baptist Seminary in Rueschlikon, Switzerland.  He also received a Masters Degree in Theology from the Melbourne College of Divinity.

A Lot with a Little (2019), Faith (2016), Hope (2012), Streets of Hope: Finding God in St Kilda; Tips from a Travelling Soul Searcher; and Wanna Bet? Winners and Losers in Gambling’s Luck Myth (co-written with Royce Millar).